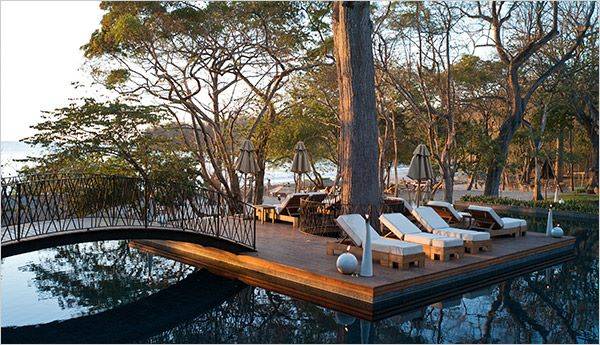 Guanacaste is known as The Costa Rica Gold Coast. It is famous for its pristine beaches, stunning coastline, and an amazing variety of wildlife. You don’t need a guide to discover its treasures. In our area of Guanacaste, a simple morning walk beneath the jungle canopy is all you need to experience the sights and sounds of howler monkeys. Iguanas, parrots and exotic birds are all daily companions.

But why Guanacaste? There are three coastal areas in Costa Rica. Guanacaste and Puntarenas are on the Pacific Ocean while Limón is on the Caribbean. The northwestern province of Guanacaste is by far the most preferred destination, as it is less populated than the Central Coast and better developed than Limón. That’s one of the reasons why it is referred to as “Costa Rica Gold Coast.” The most popular time to visit Guanacaste is during the dry season (November to June).

Guanacaste is named for the guanacaste tree, a magnificent tropical deciduous tree which is also the national tree of Costa Rica.

The Gold Cost of Costa Rica is home to some of the last remaining tropical dry forests in the world. This rare landscape of volcanic peaks and jungle valleys is dense and green during the wet season (July to October). The dry season turns the landscape to warm golden tones. Tropical deciduous trees drop their leaves for a short period in December, followed by a burst of brightly colored and aromatic flowers in February and March.

Daily temperatures usually linger around a very pleasant 75° to 85° F (24° C to 30° C). Guanacaste receives less rainfall during the wet season than the central coast, which is yet another reason why Guanacaste is preferred for coastal living. Shifting trade winds bring the moisture in May, generally in the form of afternoon showers followed by vast amounts of sunshine.

Liberia is the capital of The Costa Rica Gold Coast, and home to the Daniel Oduber International Airport (which recently added a brand new multi-million dollar, state-of-the-art terminal). Libera is a colonial city known for its white-washed houses. Liberia is the ultimate expression of dignified provincialism. The art and craft centers of Guaitil and San Vicente are worthy day trip destinations, along with Santa Cruz, known as the National Folkloric City, and Nicoya, which is the oldest city in Costa Rica.

You need to log in to use member only features.